In the midst of finals season, a friend showed me a game she had been playing nonstop on her phone: Snake vs Block. She said that her high score was from a 30 minute long game, and that she didn’t realize how long she had been playing until she lost and checked the time. Intrigued, I asked to try playing the game. The game was simple enough: a snake charges forward (moving towards the top of the screen), while the player controls the snake to accumulate points from dots. As the snake accumulates points, the snake grows in size. In the way of the snake’s path are randomly scattered blocks that have point values. To get past a block, the player can move the snake around the block, or use the accumulated points to break through the block. However, if the snake’s points fall to 0 while breaking through the block, the player loses. After a few tries, I was addicted. 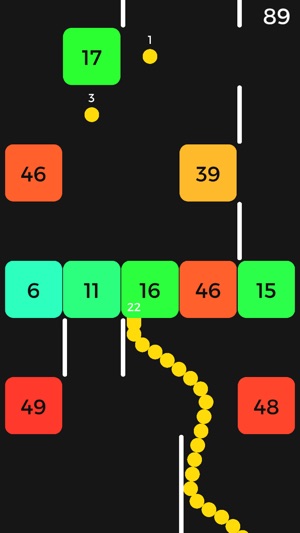